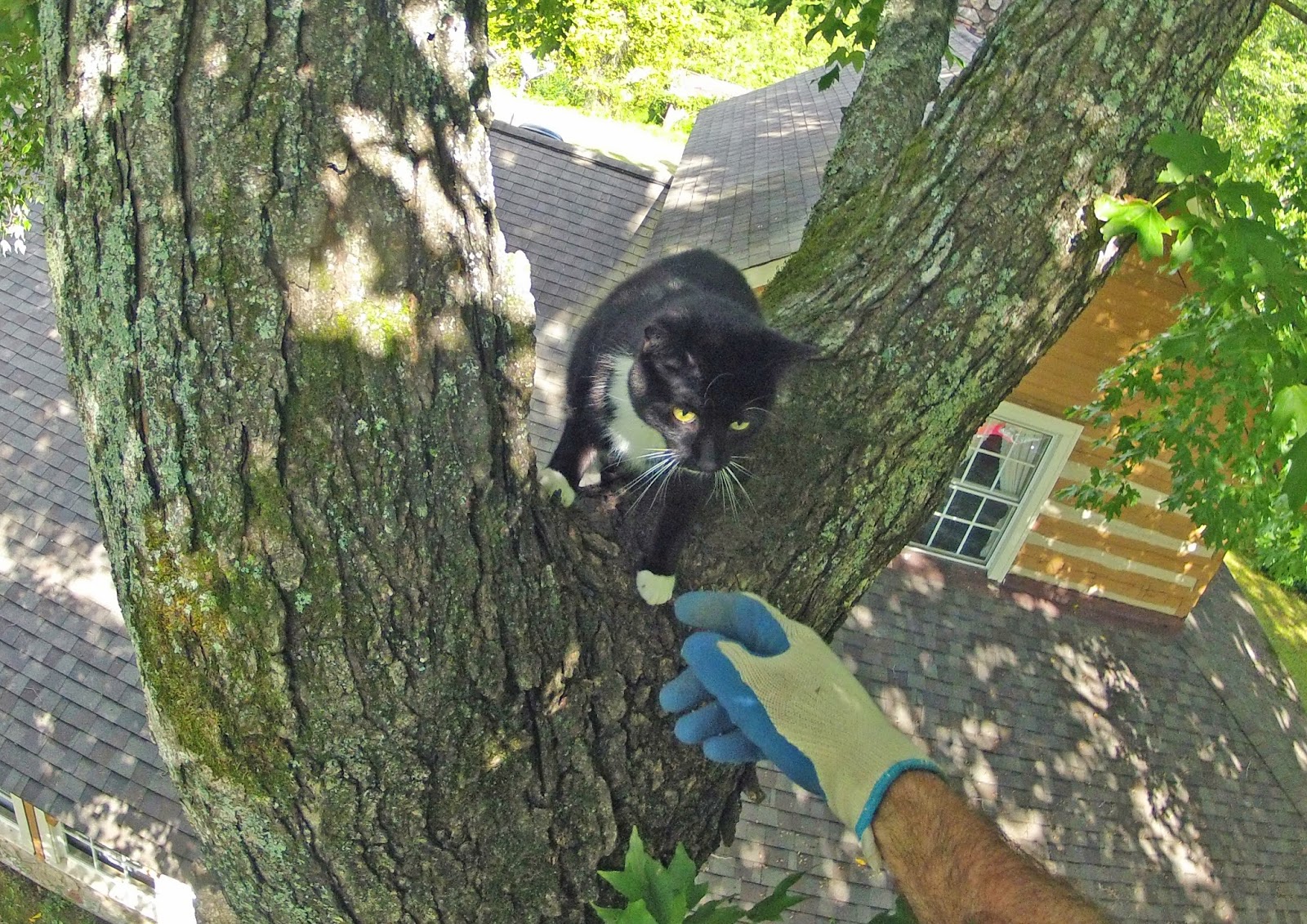 JT and his family moved to a new place 1 month ago.  In that short period of time he managed to get himself stuck in a tree twice.  The first time he was low enough that a friend could retrieve him from a ladder. (I never recommend ladder rescues though due to the possibility of falling while carrying a restless kitty.)  The second time he ventured much higher in another tree and his owner called me for help.  I forgot my slingshot (which I normally use to set a line in the tree) so I had to resort to the "old fashioned" hand thrown technique which I don't have as much practice at.

JT had only been in his perch for two days and he was still pretty perky up there in the tree.  He is a really loving boy and gave me lots of affection before I needed to put him in the rescue bag for his trip down to Heather.  These final pictures show JT's view from his perch and him safe and sound back inside after the rescue. 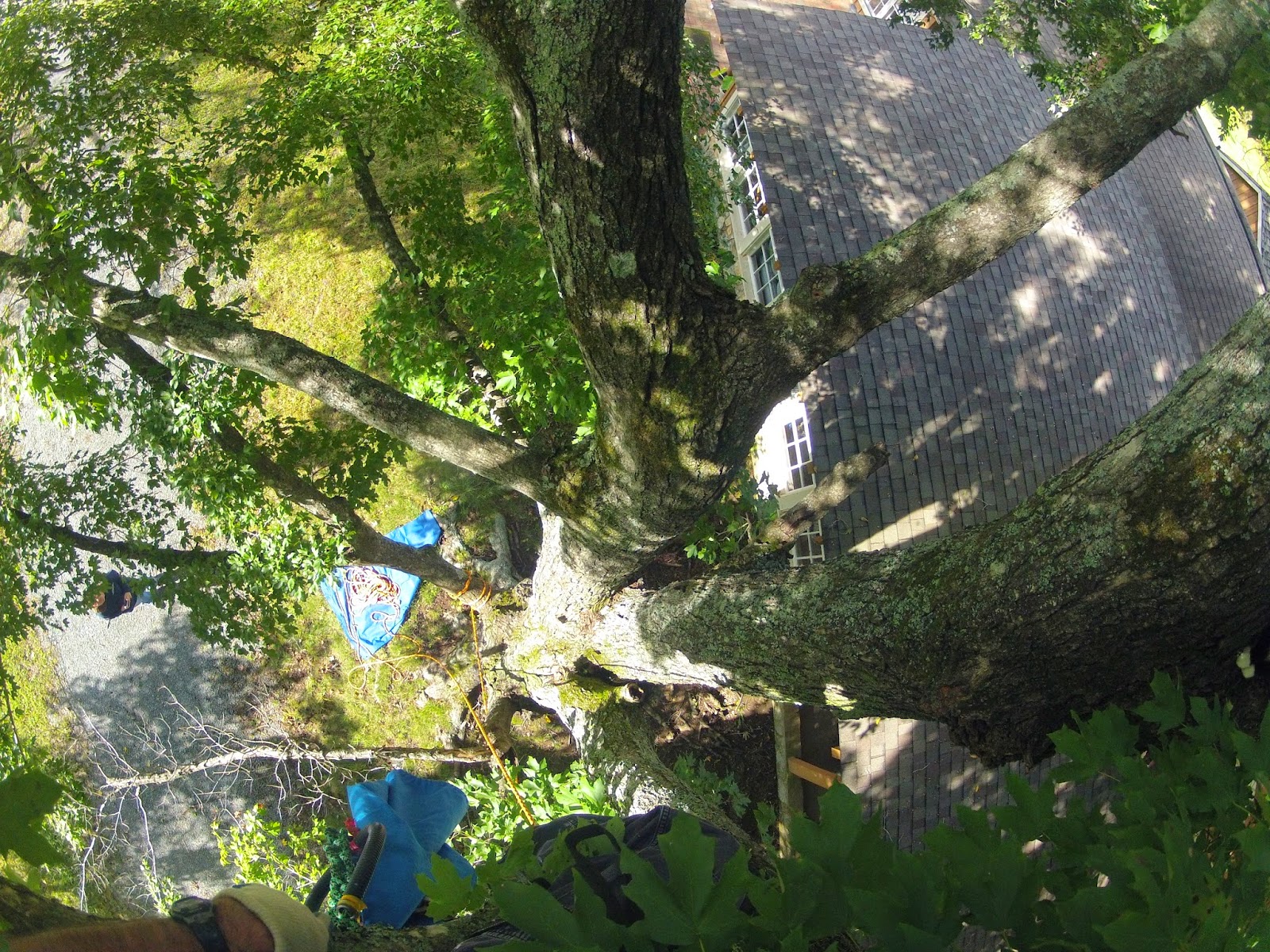 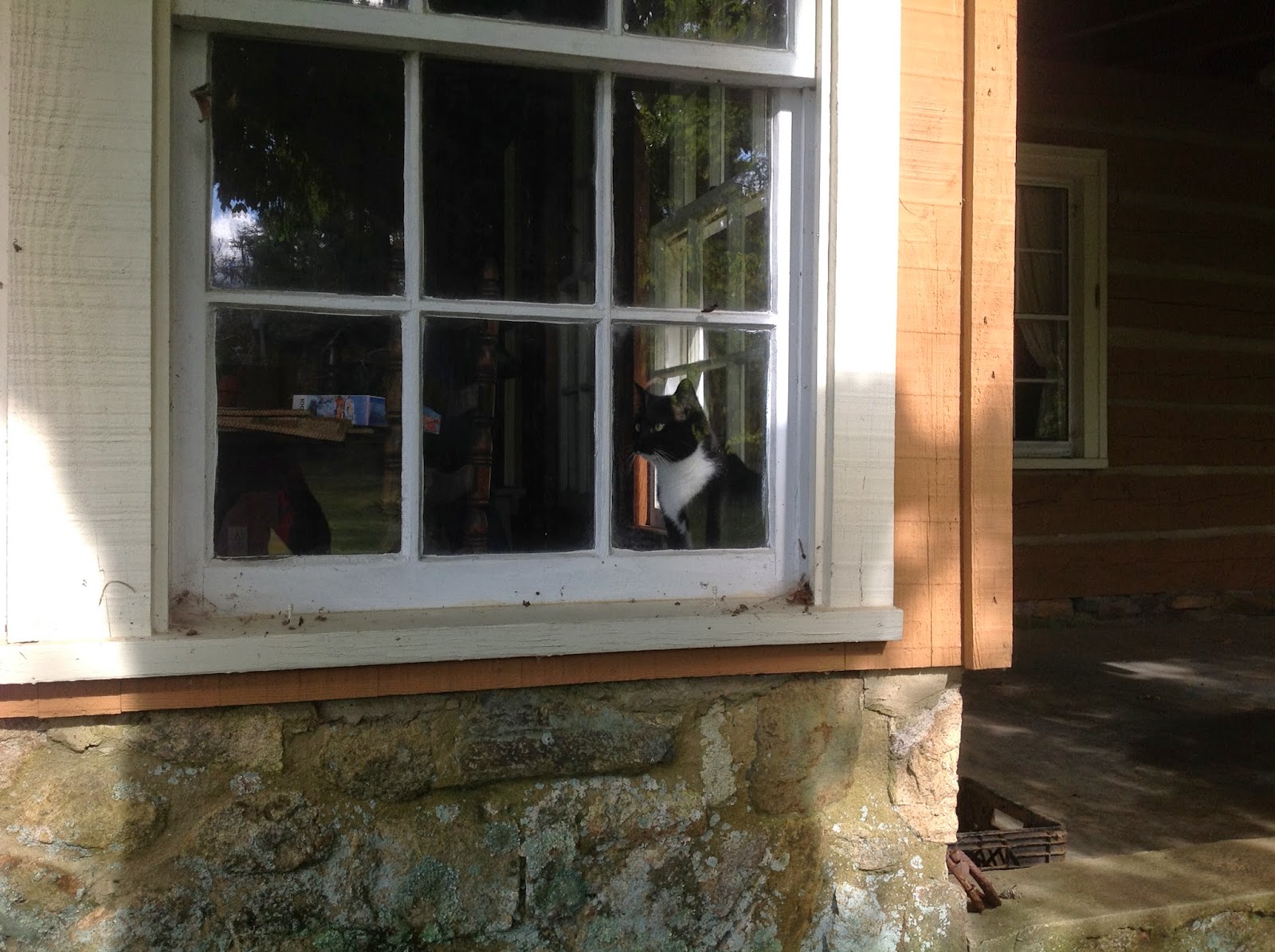