Kitters has been stuck in a tree at least 4 times lately according to her owners.  This was the second time I was called to help her down.  The first time I met Kitters she was on the end of a long branch overhanging the house and it took me a long time to win her trust. Eventually she came to me after I offered her some of her favorite food.  Thankfully this time she was in no mood to resist rescue and once I was off the ground the whole rescue only took 20 minutes

This time Kitters was near the top of a tall tree about 20 feet from the tree where I first met her. I decided it would be best to rig a nearby tree where I could get a higher tie in point in case Kitters decided to go to the very top of her tree.  Luck didn't seem to be on my side and it took nearly an hour to rig the tree.  Once aloft I got some great pictures of Kitters.  As I swung over to her and attached myself to her tree she stayed put and seemed happy to see me. 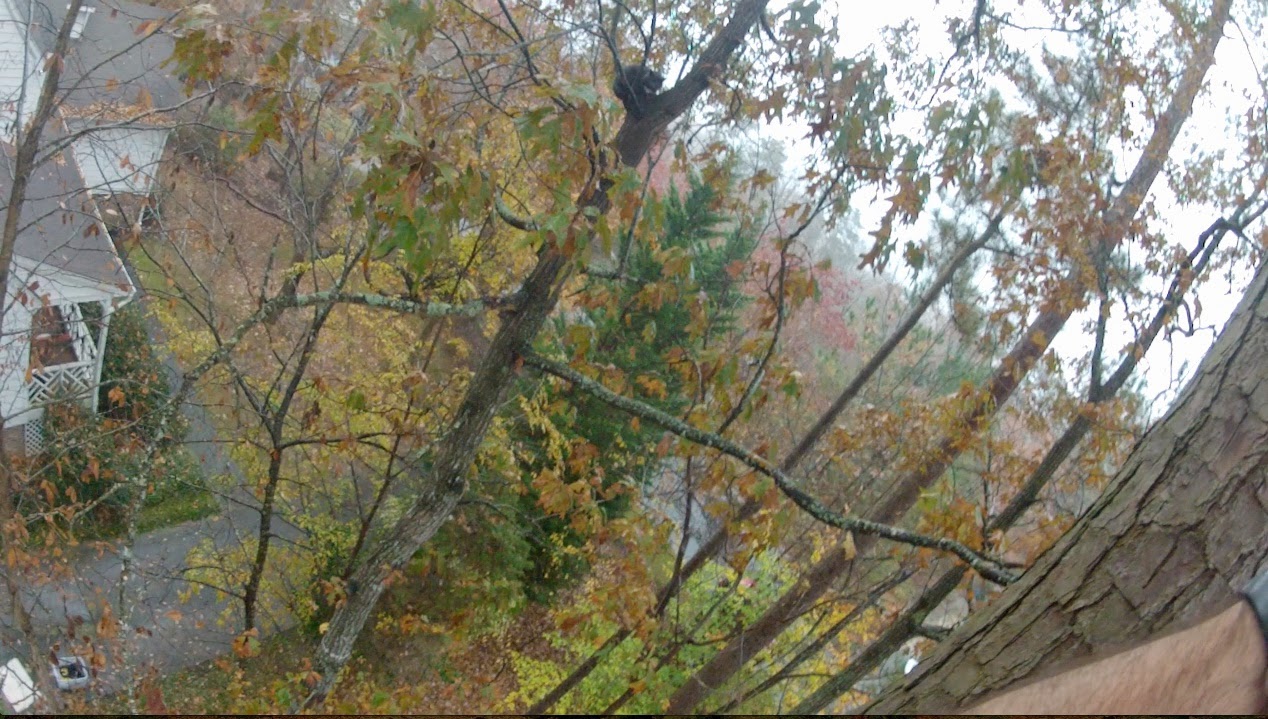 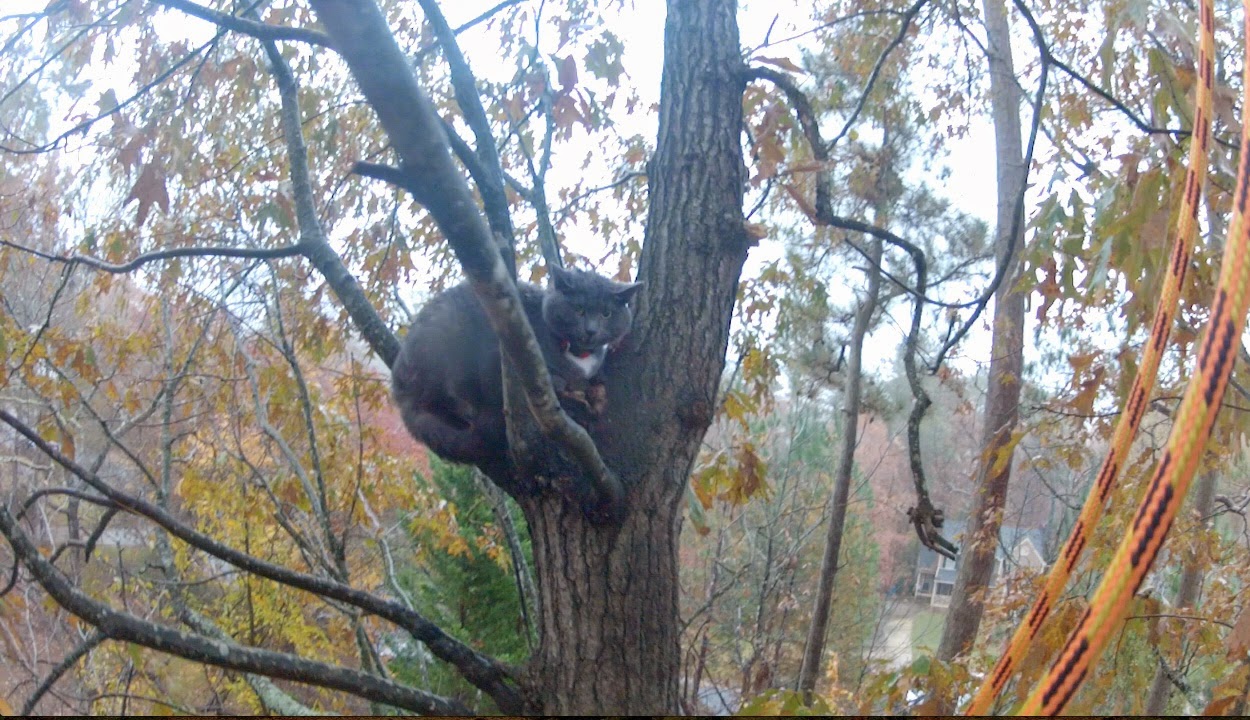 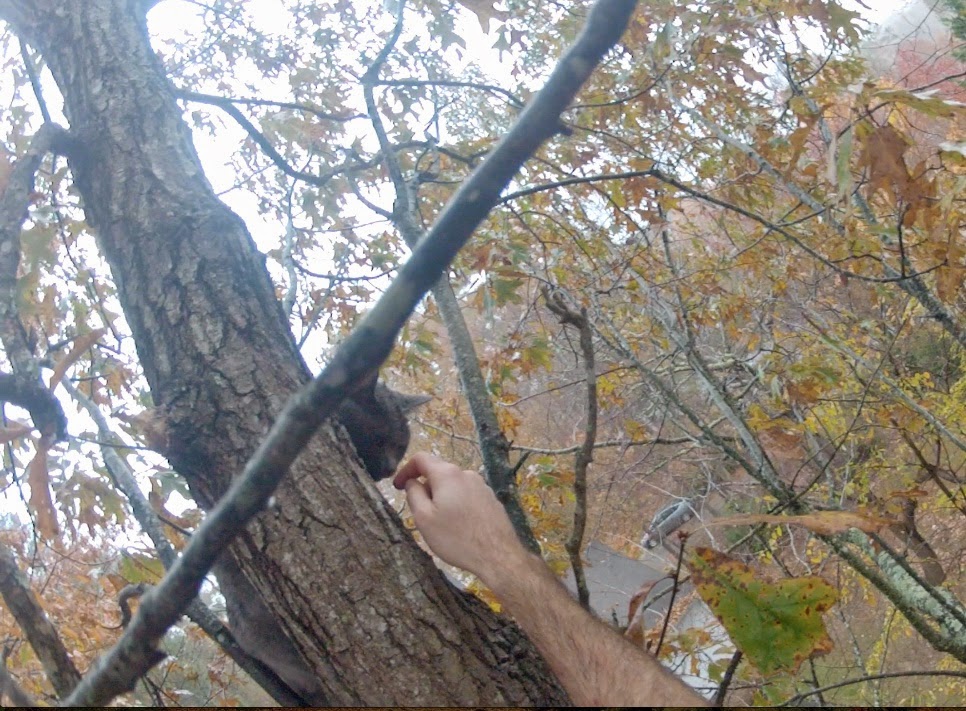